MILWAUKEE — Simply put, in a seven-game series there is no more pivotal game than Game 5. If you lead 3-1, you can clinch the series. If you’re tied 2-2, as the Brewers and Cardinals are, the winner of Game 5 only has one more to win. 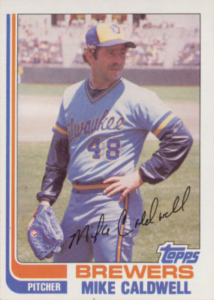 For the Crew, Game 5 is a must win. It’s at home with the next two* (one more game for sure, another if necessary) scheduled for St. Louis. Yes, the Crew split the opening two games at Busch Stadium, but we’ve seen what has happened to the Brewers when they’ve tasted success. Their gag reflex kicks in. Then, their fight or flight instinct revs up as they realize they may not be able to keep playing baseball.

Or as Gorman Thomas told The New York Times, he fully expected submarines to be waiting for the Brewers: “[They] are out there waiting for us. They are lurking in some estuary. But hopefully our sonar will be on track today.”

But there is still plenty of baseball to be played thanks to a rally that … well, a rally that showed the Crew must need to go all Fonzie on their sonar. Down 5-1 in the seventh, the Crew staged a remarkable six-run rally to stun the Cards, 7-5, in Game 4.

“It’s just like an avalanche,” Thomas said of the rally. “The more space it takes up, the bigger it gets. The more guys we got on base, the more runs we scored.”

It would be nice for the Crew not to need to rely on another late-game rally, but then these are the Brewers. I don’t know if they know any other way. It would be cool of the Crew cruised for a change. The Brewers don’t cruise. Drama is their thing.

Except in Game 1, where Mike Caldwell and the Brewers offense blunted any sense of drama by winning 10-0. Iron Mike takes the hill in Game 5. Brewers fans would welcome a similar caning of the Cards at County Stadium today. Their Game 1 victim, Bob Forsch takes the mound for the Cards. Game time is 3:25 pm ET.

If you can’t watch the game or listen to it, you can follow our tweets at @tweetsfrom1982